Mod Trend – Get the Look 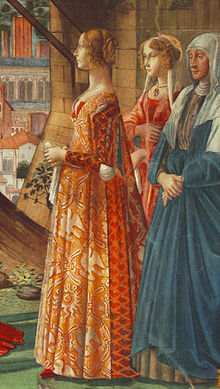 The mod trend started back in the city of London in the 1960’s when the modernist sub culture began in England. Fashion, music and motor scooters were the central part of the society all of which were brought forward with the formation of the sub culture. The trend then revived itself in the late 1970’s in the United Kingdom and the United states. The culture was centred mostly on the fashion. As this was the first generation of youngsters who did not have to contribute their pocket money and wages to the family finances, they could use this money to buy stylish clothing and fashionable threads as well as music, scooters and other motors.

The look also paved the way for male interest in fashion, as before this it was not socially acceptable for men to be engrossed in their clothes and the way they looked. More and more British fashion designers emerged during the era. Men’s attire consisted of designer suits and an immaculate look. The women’s appearance seemed to differ in style. Some were of a sophisticated kind which included the rise of the mini skirt. The designer of this piece quickly came back to fame during the decade. Some female mod trend followers took to wearing male fashion with manly shirts and trousers as well male influenced haircuts.

The music that was listened to in the era was also a massive influence on the style trend. Many bands and musicians took up the same look and became fashion inspirations to those who listened to their tunes. Also the up-rise of the scooter swayed those in the mod clothing culture to wear appropriate attire for riding the vehicle which was more often long overcoats and jackets so as to protect their designer clothing underneath.

To attain the mod trend in the modern day, there are a number of ways you could go about it. For the more feminine style, try the sixties style dresses and accessorise with rounded sunglasses, patent handbags and pale coloured flats or heels. This makes great day time or sophisticated dressing. For those who want the more masculine appearance, why not try a check shirt tucked into some loose fit turn up jeans, which will give a great casual look? Biker boots were also a big mod clothing purchase, inject some of these in to your look and you will add a touch of mod to any outfit.