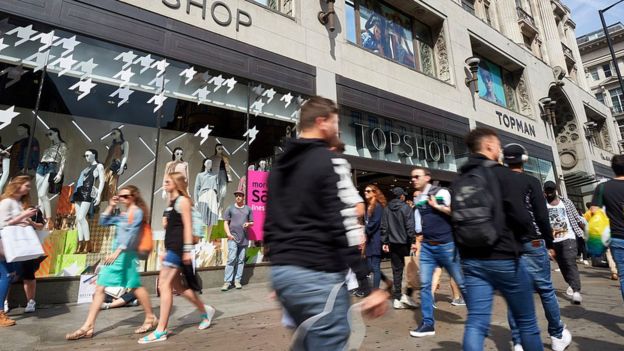 Late 2017, the UK waited to see how much growth the economy had achieved in the third quarter. The findings were that economic growth for 2017 was halved compared with its performance in the previous three years (2014-2016). During that three-year period, the UK ranked at the top in terms of economic growth within the G7.

Towards the end of 2017, when the economy grew at a slower rate than experts initially thought it would, it left the UK lagging further behind other major economies. The Office for National Statistics (ONS) reported that retail sales fell 1.5 percent last month. The worst December sales month since 2010, and the biggest month-on-month decline since June 2016.

The reason? Many analysts say the slowdown cannot be blamed on the world economy. Many are pointing the finger at the Brexit vote and its economic consequences. However, experts say there are more factors at play than just Brexit when it comes to the slowdown in UK retail sales.

According to The Irish Times, “While Brexit-fuelled inflation, which has eroded spending power and hiked up prices for British consumers, provides an obvious explanation, it overlooks other trends.”

Since Black Friday falls in November, it has displaced a significant amount of Christmas shopping. Ultimately, negatively affecting December sales figures. Even Irish retail sales, which have been on the rebound over the last few years, are expected to experience a lull from Black Friday shopping.

Industry experts say the shift to online retailers is also taking its toll – a trend they expect to become more pronounced. Online giants like Amazon are not the only online retailers that are putting a dent in sales figures. Online fashion website Asos, for example, recently overtook Marks & Spencer, even though Asos does not have a single bricks-and-mortar location.

All in all, it is true that Brexit has created issues with inflation, income and spending in the UK. However, it is not the only factor placing stress on retailers. As retail businesses struggle to get their feet back underneath them, many will likely turn to alternative providers for merchant services like payment processing options, securetrading, and business funding. Others may find it necessary to develop ecommerce and secure ecommerce payment processing to keep up with growing trends.