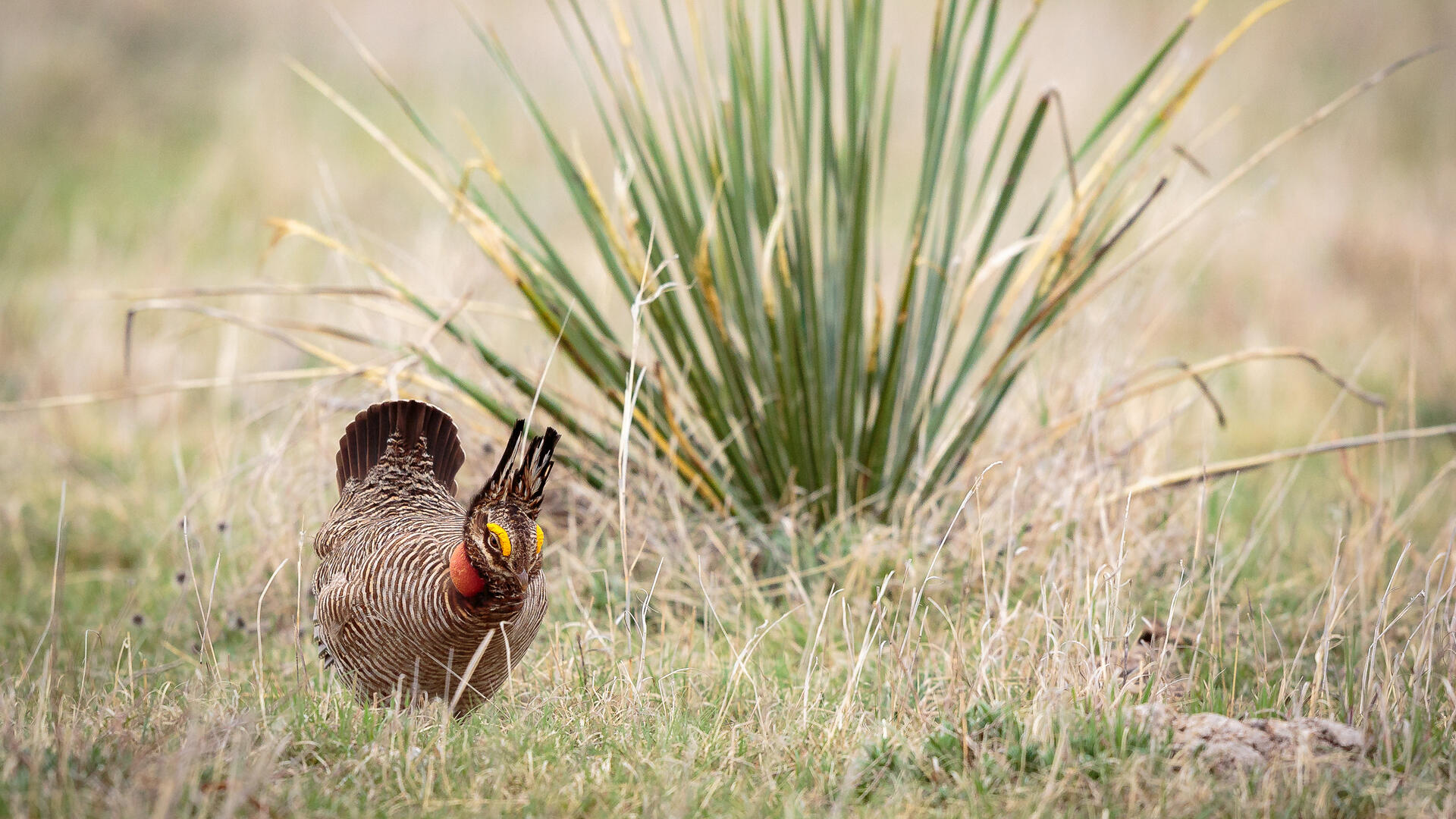 Taken from the French word for “meadow,” prairie is a name given to grasslands in the central United States. Prairie is one of the most endangered ecosystems in the world, which is unfortunate because it is home to a host of wildlife, including many bird species. Some bird species on the prairie are native while others have been brought here by human beings, intentionally or unintentionally. This can create friction between the two.

The ring-necked pheasant originated in Asia but thrives on the U.S. prairie. It is a game bird frequently hunted for its meat and feathers. Pheasant feathers feature intricate designs, and the feathers of male pheasants also come in many different colors. This makes them sought after for crafts such as jewelry and home decorations.

Even if you have never seen a meadowlark, you have likely heard its melodic song as a stock sound effect in movies or on TV. There are two species of meadowlarks, and each is rather ornamental with bright yellow feathers on its torso and throat and intricately patterned brown plumage on its back. Both species rely on open grasslands. As these continue to disappear, the number of meadowlarks decline.

Cliff swallows are acrobatic little birds with gorgeous plumage. They build nests of mud from any overhang they can find. This includes cliffs, obviously, but also highway overpasses and bridges. Cliff swallows must compete for resources with the nonnative house sparrow, an invasive species. Nevertheless, cliff swallow numbers remain high at present.

Burrowing owls nest underground, either in holes they dig themselves or burrows left behind by prairie dogs. These rodents are a keystone species that the prairie relies on for survival. Unfortunately, however, farmers and ranchers tend to regard them as pests. Decimation of the prairie dog population has also led to a decline of the burrowing owl.

Prairie conservation is a challenge because grasslands are also used for agriculture. However, it is necessary to provide a home to wildlife such as these bird species, some of which cannot live anywhere else.